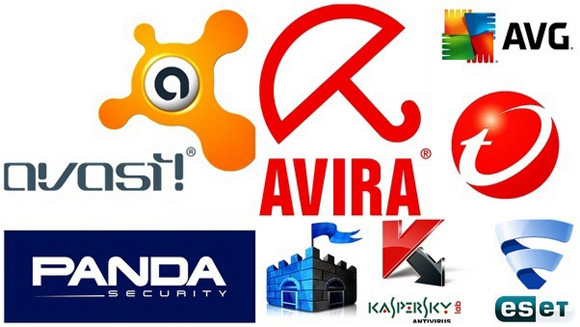 An antivirus has become an essential part of your software that you must keep active at all times to keep your data protected. It doesn’t matter how much of a safe user you think you are, everyone it’s exposed at some point to online attacks. It’s sad to admit it, but the Internet is not a safe place. While many companies build state of art security to make sure that everyone can safely handle their funds and information, many shady people are lurking a shadows to get a hold of it and use it to engage in unethical and illegal activities.

Data theft it’s one most common crimes these days and authorities rarely can do anything about it until an actual crime has been committed. That’s why Internet users around the world need to install an antivirus program on their devices. While in a past these programs were devised to block the attack of virus and bugs, they have evolved to offer many utilities to make sure their users are protected at all moments in all fronts. Some of them mask your IP address, while others have your devices under surveillance 24/7 to avoid any problems.

With that being said, these are some of the most powerful antiviruses you can get on 2018 for your PC or smart devices, some of them are known powerhouses while other are upstarts doing their best, at least enough to get our attention:

1. AVAST
AVAST is one of the leading names in antivirus industry and a powerhouse when it comes to data protection online. The company was first established in 1988, and it also was one of the first to offer a free version of their product to monitor computers online at all times. They merged with AVG Antivirus solutions in 2016, and they have increased their capabilities since then by offering a package of additional utilities along their main product: VPN, cloud services, hardware performance monitoring and a lot more. They still offer their free version, but the premium edition of the product is one of the best-priced software programs out there.

2. Avira
Another household name in antivirus market, the company has been offering their services for more than 20 years now. They are one of the few who handles daily updates on the lists of Trojan, spyware, performance viruses and all sort of malware being developed out there. While the free version of their product blocks and shields any of these bugs while you are online, the premium version comes with a lot of options that can be used to make quick diagnoses to your hardware and fix any problem on the spot. The heuristic mechanisms of the Avira programs make them a trendy choice among Mac users too.

3. Ad-Aware Antivirus
The best product of Lavasoft is one of the smoothest antivirus programs found anywhere online. It runs on a silent mode that suits gamers and designers alike by having the program keeping tabs on anything irregular and dealing with it as the user keeps working (or playing) without interruptions. The program currently supports all Windows OS from Windows XP forward. There is only a free version of this product available, and it works beautifully, but it lacks proper updating on the new forms of malware programs.

4. Bitdefender
Bitdefender is one of the most popular antivirus programs among users who are not particularly tech savvy at all. The program runs one of the most user-friendly interfaces ever offered, and the free version of the primary product works as good as the premium edition you can access after paying a user’s fee that will give you access to a few utilities. This software is also top-rated for little space it takes on a hard drive and a low impact it has using a system’s resources. Performance of Bitdefender it’s nearly imperceptible to the user on the free version, and it’s updated at least twice a month.

5. Baidu
Baidu is one of the few antivirus services offering data protection at cloud levels. The program runs following the settings of your preference, and it has one of the best-designed interfaces offered in the industry. Baidu it’s also well reputed for having one of the most potent anti-phishing systems built in and one of the fiercest firewalls ever designed to protect you from any attack. If you need to mask your location, Baidu also has one of the most reliable VPN’s in a market.