Science fiction has always done a good job at showing off how holographic technology could work. A preferred method for communication using that kind of technology on most shows and films consist in a little full body projection of a character transmitting a message to someone else. We have seen it in Star Wars as well as other classics on animation and live action. When the camera maker company RED announced the first ever holographic smart device too many people got a little skeptic about the product they were trying to pull off. The day of release is now upon us, and every website worth his salt in the world of technology probably had a chance to test it out and offer a first impression. 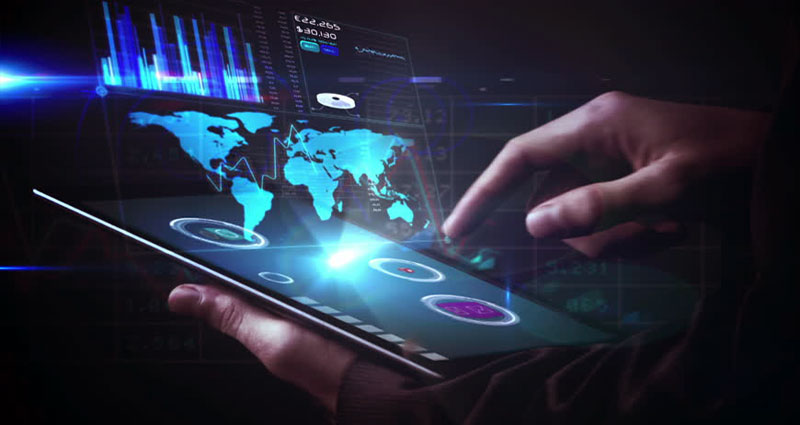 We can start this thoughtful review by stating a couple of features we noticed as we go through the device. RED called their new product The Hydrogen-1. As you unbox this beautiful piece of hardware, you will be impressed by how good it manages to look. The smartphone is big, hefty and very resistant since it’s encased in aluminum and Kevlar. It’s no thicker than the sleeker competitors of their big brand brothers of this year, the iPhone X and the Samsung Galaxy S9. The camera completely disrupts the elegant design of the device due to a big bump that is supposedly in place to future uses of camera lenses that will be uniquely adapted to this phone. If you are expecting groundbreaking holographic technology to be the main display as you turn on this device, you are in for quite a disappointment my friend.

Holographic Tech that is not Quite There Yet

The supposed “Holographic” features on the device are the ability to shoot 3D photos and videos. RED decided to go the technical route to mesmerize their customers by stating in the specs that the phone had a 4-V QHD holo-screen. The only thing this feature manages to do is to toggle 2D pictures into 3D ones in a matter of seconds. Is this considered the peak of holographic performance for a device priced at nearly $1300? We really hope it’s not. The fact that the feature seems to be limited to the front camera of the phone, and the supposed 3D features work more like a glorified high-end filter is a downer, topped with the fact that the company included a series of holographic illustrations available in the gallery of the phone. Their purpose? To look pretty and that’s it. As we said, disappointing, to say the least.

The Power features of a Solid Device

Is not all bad in the welcome party of the Hydrogen-1, the smartphone still has a lot of potentials since it seems to be an incomplete product right now? RED has already announced that there is a series of lenses that will be released to be used exclusively with the back camera lined on the phone. There is still to be seen if the lenses will enhance the holographic features in some form. In a time where this practice it’s frowned upon but not unexpected, it seems there still room for this device to surprise us. There is also the build of the device itself. You probably have seen many of the Nokia-related memes found on the internet. If you are too young to remember how sturdy these phones used to be, now you have a chance to test the resistance of one device that suits this generation. The Hydrogen-1 can stand a fall from a ten-story building without getting a dent, and it also has one of the most powerful battery lives on any smart device available in the market.

As we said, the price tags on this device are not pretty. The regular edition of the phone it’s priced at $1300, while the deluxe model cast in titanium will set you back $1500. It certainly it’s a window to the future, but only with a tiny opening.